Yet another... paypal question 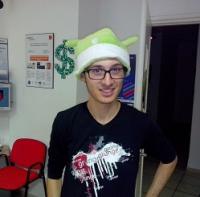 i know you get tons of these all the time, but, i didn't want to bother customer support with this, so i thought trying the forums.

i feel like typing tonight, so i hope you guys enjoy reading

i'll try to make it more like a story instead of a problem.

well, few years a ago i was in a hurry to have a deal which involves paypal, so i created a paypal account. i was in a hurry and wasn't paying much attention, so i didn't pay much attention to details, being the ignorant i am, so i set few profile details wrong, including the country. so i created a united states account, not knowing that i can't change it later (and yes, i'm NOT a us citizen).

so, since there is some uncorrect information (like the adress and the country) they eventually limited the account. well i didn't think it was a big deal, and later on it was limited/blocked for good, only given the option to withdraw funds. mean while i ignored that thinking that i can just deal with it later, and it's been this way for a couple of years now.

now that i want to fix things up, by withdrawing the money to payoneer i thought.

the thing is, i've delt with so many monetizing companies before, and as soon as they limit or block a transaction, i get fed up and move on with another service. the thing is , i like payoneer! i really like the service! quality! so i don't want to screw this up, because if payoneer causes me any frustration, i'll just leave, and i don't want that because im satisfied with it so far, and i'll have to look for another good service all over again.

and that is the main purpose of this thread : how to withdraw from paypal, without any transaction problems what so ever. because posting here and asking is better than neglecting payoneers' terms and conditions.

finally... - sorry for the long post, please smile at this point so i don't feel bad - can i do this? reminding that the paypal is a US account, and i'm no US citizen nor US resident. would it be okay?