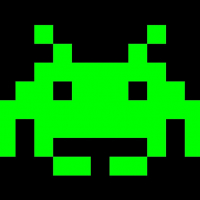 I write this post to ask you what is your experience with card skimming and the charge back department and the process and to share my story and maybe I can help others with it.

I am an independent application developer and a happy Payoneer customer and I still have trust and loyalty because I think they provide a simple and good service to get paid from big companies.


I am also a very very very cautious person so I don’t feel comfortable to even handle over my card to an employee at shops when I purchase something (I heard stories that they can have hidden camera and take pictures of card number and cvv). So, I used to withdraw money from my card at ATMs because I thought this is the most secure way to use my card. At the end of September, I did an ATM withdrawal at an ATM in a supermarket which I considered a good place to use the ATM because it’s a modern supermarket with security people and everything so I felt comfortable to use my card there. In this month (February) I looked through my transactions history deeper and I noticed several unauthorized usage of my card exactly 4 times they used my copied card data at the same ATM which I used I even see a pattern in their usage they used my card in each month from November to withdraw an amount around ~400$ (I think they tried to aim under a limit) so they have stolen from me a total ~1600$ which is a lot for me. In the meantime, I used my card but I never withdraw the same amount. In this month when I realized I instantly get in contact with Payoneer customer service where I was told that somebody copied my card probably through ATM because I was still in possession of my card and never handled to anybody they had to have copy it somehow this called skimming. This was a new thing to me I never heard about this before… The customer service assistant suspended my card and I ordered a new and she suggested to me to start a dispute because in case of a fraud, I have to get a back my lost. I looked through my transaction history and compared it to my ATM receipts (I save all my ATM receipts and put it aside I said I am a cautious person) So I identified that 4 transactions with the same pattern and I filled out the dispute forms and sent it to Payoneer. After several days I received a mail from the charge back department of Payoneer and the informed me that I get 0% refund.

If Payoneer would notify me about the first ATM withdrawal I could check my account instantly and raise a red flag that I didn’t use my card and ask them to block it as soon as possible but I didn’t receive any notification. I think this is a huge leak in scenarios like mine I think I should receive an instant email notification from each usage of my card in the 21th century…


Look this from 2011:
community.payoneer.com/en/discussion/79/email-alerts
this feature was already in progress in 2011 but still in 2017/2018 the feature is nowhere… that’s extremely disappointing for me in my scenario…

Moreover here they state that email notification from card usage is a basic thing:
blog.payoneer.com/how-to/general/need-know-atm-skimming/
“Has your card been compromised?
You won’t always know right away that your credit or debit card has been compromised. That’s why you have to watch for warning signs and red flags that indicate you need to get in touch with your bank.
Choose a time of day to check your bank balance, such as early in the morning or right before bed. Make it a ritual so you don’t forget. The faster you realize money is missing from your account, the easier it becomes to rectify the situation.
Many banks offer customer alert systems. If you conduct a transaction from your bank account or credit card that exceeds a certain amount, you’ll get a text message or email to alert you. Your bank will probably allow you to set the threshold manually. In some cases, thieves will make multiple purchases in quick succession (to lower their chances of getting caught), so such activity will send up another red flag if you’ve turned on alerts.”

I was trying to be extremely cautious and now I feel myself traumatized about what I went through...